As the festive season approaches, companies around the world are once again faced with the challenge of sending their customers a greeting card that will reflect their identity in a memorable way. This year could be, more than ever, the time to reconnect with customers, to be remembered and make an impression.

As the festive season approaches, companies around the world are once again faced with the challenge of sending their customers a greeting card that will reflect their identity in a memorable way. This year could be, more than ever, the time to reconnect with customers, to be remembered and make an impression.

But where does the tradition of greeting cards come from? What makes them memorable? Are the standards the same all over the world? We asked our partners around the world to let us know, and to give us their advice on style and etiquette in their markets. But first, we want to tell you a story.

When you see the incredibly creative projects that are now created every year in graphic studios, it is hard to imagine that professional holiday cards were rarely anything more than a simple signed business card until the 1960s. Before that, the holiday card was a tradition shared only by family and friends. Its origin can be clearly identified, making it one of the few Christmas traditions whose origins are uncontroversial. 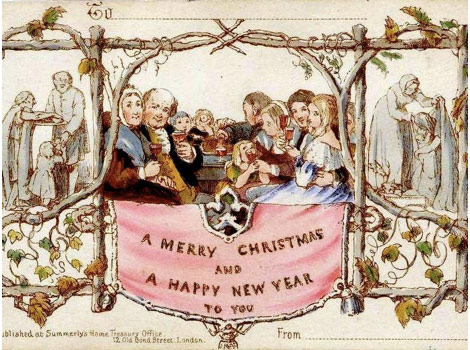 In 1843, Sir Henry Cole, a prominent English patron and promoter of the British postal service, found an easy solution to the backlog of mail on his desk. Victorian England was very strict about answering all incoming mail, and Sir Cole had around one thousand greeting letters to write.

He asked an artist friend, named John Callcott Horsley, to paint a card that represented a family dinner - it also represented children drinking wine, which caused a scandal at the time. On the back he had a greeting printed and completed each card with the name of the recipient.

In doing so, he created the first Christmas card. The same card was copied for years before the artists decided to start making their own, but the tradition spread and soon flourished beyond the UK, and for good reason. From Imperial Russia to the United States and Japan, and all over Europe, it was traditional to visit all relatives the day after Christmas and New Year's Eve.

In case of absence, visitors usually sent a written note to convey their greetings.  The holiday card was quickly adopted around the world as a more practical alternative.

In 1875, Louis Prang, a Prussian lithographer who emigrated to Boston, is believed to have created the first Christmas card originated in the United States. He also brought some innovation to the card printing process.

Until that time, cards were printed in black and white, and then painted by hand, which made them quite expensive. Having learnt the chromolithography technique in Germany, Prang was able to print cards in much higher numbers and thus begin the democratisation of the greeting cards.

On the other side of the globe, Russian merchants introduced the tradition of cards to Russia in the 1890s, buying cards that had no words on them and then adding greetings in Russian by hand. And as happens when a phenomenon travels around the world, its evolution has diversified to adapt to each region.

How Dali painted a Hallmark card, and how Santa ended up in a spaceship

The greeting card industry as we know it today began in 1915, with an American company called The Hall Brothers company. Realising that people didn't have room to write everything they needed on a postcard, they changed the format of the business card to the one we know today: 10x15cm, folded in half and placed in an envelope.

The company ordered works of art from prominent painters to decorate the cards during the following decades: Norman Rockwell, Salvador Dali… The new format was an immediate success and in 1925 the company name was changed to Hallmark. 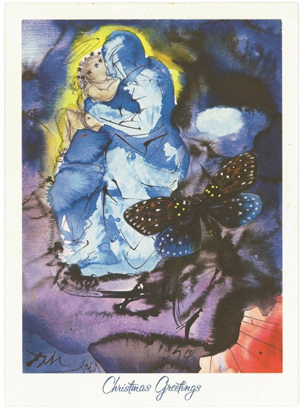 At the same time, in Russia, the Cultural Revolution of 1917 had put an end to the tradition of greeting cards, and it was not until the 1940s that a type of greeting card was found in the USSR to celebrate only the New Year.

The cards, often war pictures, were made to inform the Soviet people of the victories against the Nazi army, and it was only after Stalin's death that the more traditional greeting card themes, with representations of Father Frost, the snowman, New Year’s tree etc., began to appear again.

However, the cards were still imbued with propaganda and were often linked to important messages of the time, such as the conquest of space or expeditions to Antarctica. Today, New Year's greeting cards are still a well-established tradition in Russia and Slavic countries.

Sending a holiday card: our tips from around the world

In an era of globalisation, most countries in the world now adhere to the greeting card tradition. To navigate between the different social requirements of different countries, we have sought the help of our Antalis experts around the world. 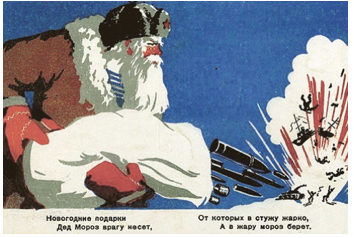 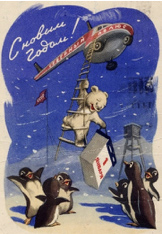 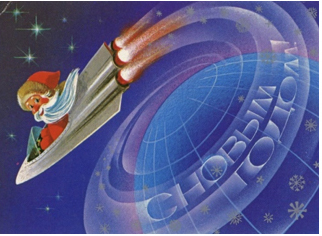 Most of our experts agree on the timing of the greeting cards: they should be sent at the beginning of December and should under no circumstances arrive after New Year's Eve. However, there are a few exceptions to this rule.

The first concerns countries of Orthodox origin, such as Russia, Ukraine or Georgia. As our expert Elena Berezina explains, "Russia celebrates Orthodox Christmas on 7 January, so sending a card at the end of December is considered normal". 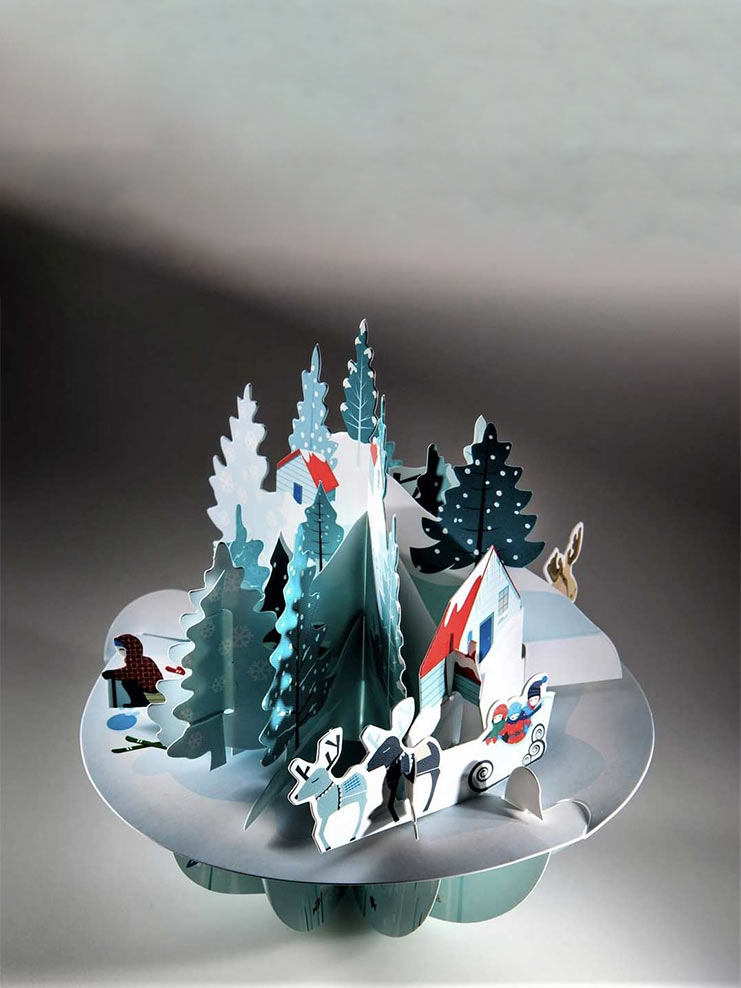 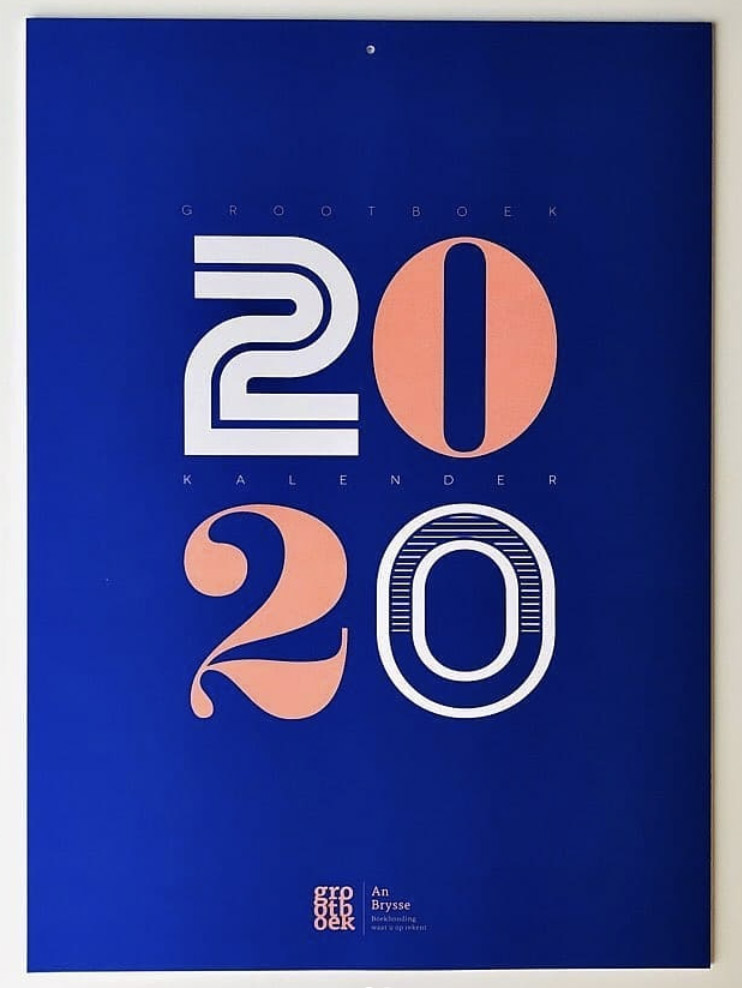 Calendar on Olin Smooth White by Ann Maelfeyt for An Brysse, printed by Puntgaaf Gedrukt, Belgium 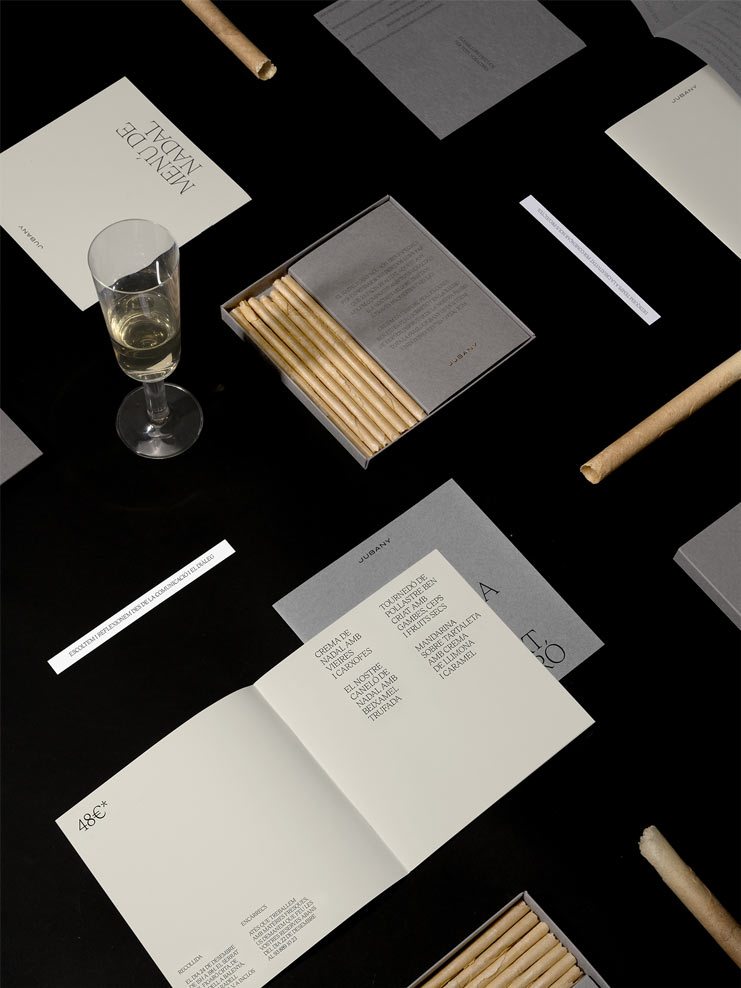 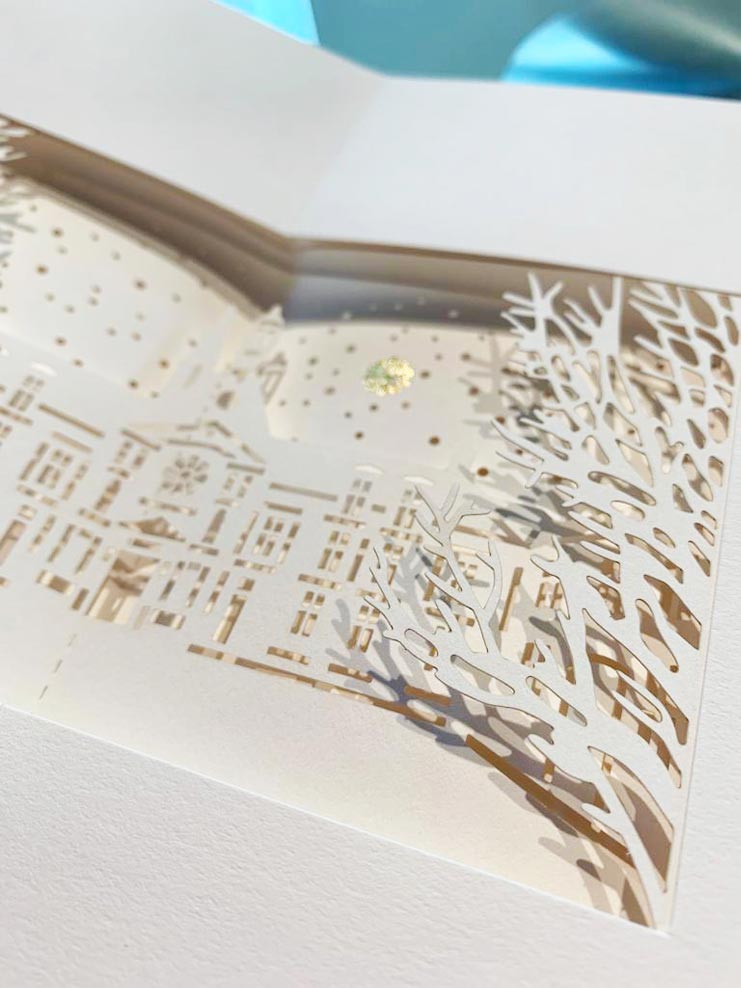 The other exception is France. As our expert Jérôme Noyelle explains: "You can send your greetings until the end of January in France, it is not considered a problem, and we often receive end-of-year greeting cards just after the New Year, to wish us all the best".

In Japan, timing is crucial, as New Year's cards (or Nengajo) must be delivered precisely on January 1st. To achieve this miracle, the Japanese post office holds its customers cards until the given day and delivers them all on January 1st. When you receive a Nengajo, it is seen as rude not to answer, so if you have received a card from someone you did not send it to, it is accepted to send one back until January 7th.
However, it is not customary to send greetings to a family that has had a death in the past year.

So, as a general rule, sending greeting cards in early December is a safe bet. Of course, with China, Vietnam or Korea celebrating the New Year in February, and Cambodia, Laos doing so in April, the rules change slightly in most Asian countries.

Although the style of the cards tends to become more homogeneous in a Pinterest era, certain peculiarities can be found in various countries.

In Japan, the Negajo tradition often highlights the animal from the zodiac of the coming year, usually on a pastel background.

In the United States, there is a strong tendency to use inspiring quotations on New Year's cards. And as in France, it is not so much Christmas that will be illustrated as New Year's greetings of happiness and success. 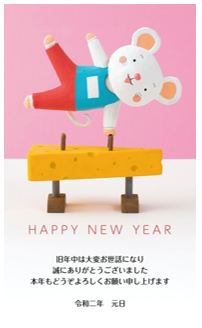 Our expert Daiva Mažvilaitė-Varnienė explains how in Lithuania “metallic paper is very popular, but the trend to choose paper with natural surface and natural colours is growing. Light colours are preferred, as well as delicate design. No glossy paper, no glossy print like UV varnish or foil-blocking”.

Similarly, Saskia Rautzenberg explains how “in Germany the trend towards nice quality paper, with simple designs, matching Christmas colours, but no over the top effects”.

In Russia, although Christmas greetings are not present on the cards, the illustrations on the cards often refer to traditional Christmas and winter themes. Russia also has another peculiarity, if you have missed out on New Year's greetings, our experts explain that you should not worry too much, as Women's Day is a much more important time for companies to communicate.

With these tips in mind, you are now ready to send your greetings to customers all over the world. But before we do that, we'll add one last tip: we've noticed over the years that some companies are so focused on the race for creativity that they actually forget to include greetings in their greeting cards.

In these times of physical distancing, greeting cards can be a useful way to communicate with customers, but don't forget to address your message to them. The sensory experience of paper can be exactly what it takes to reconnect with them after the last few months, and we look forward to seeing the projects that will emerge at a time when sensory experiences are more necessary than ever. 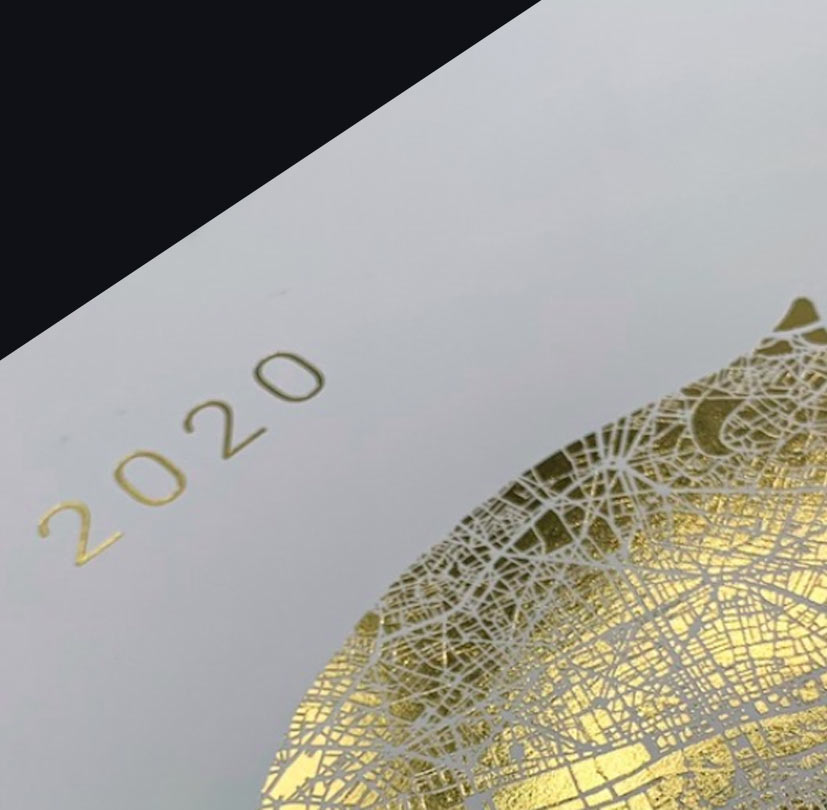 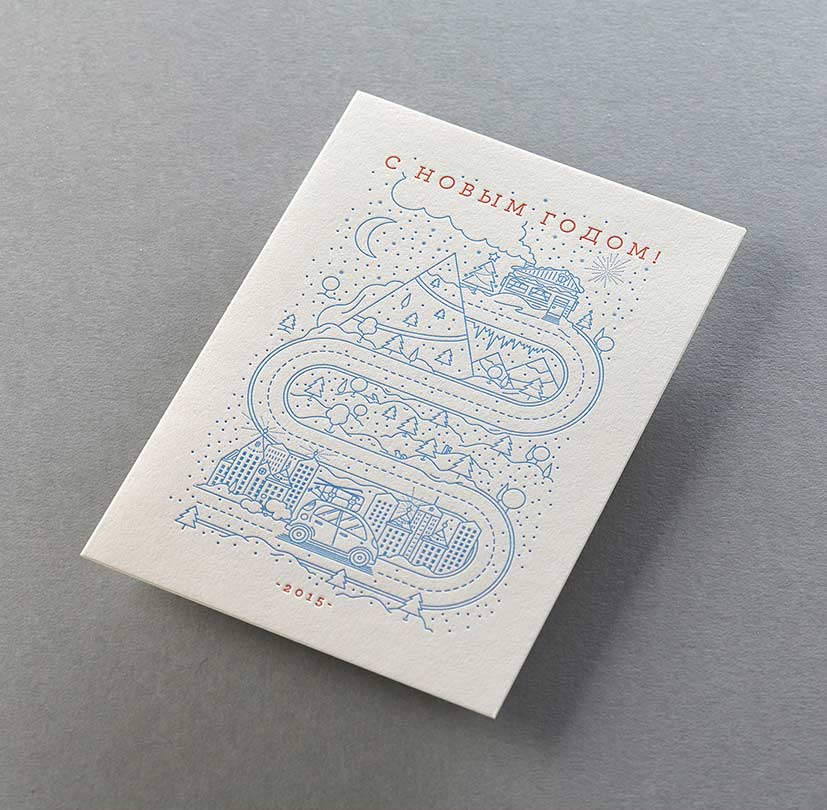 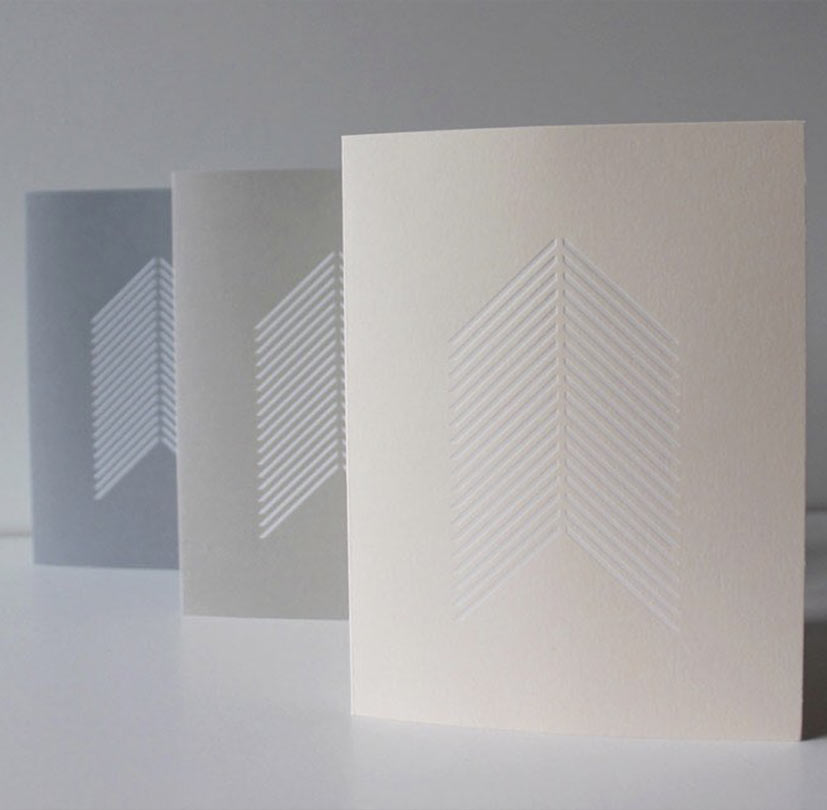 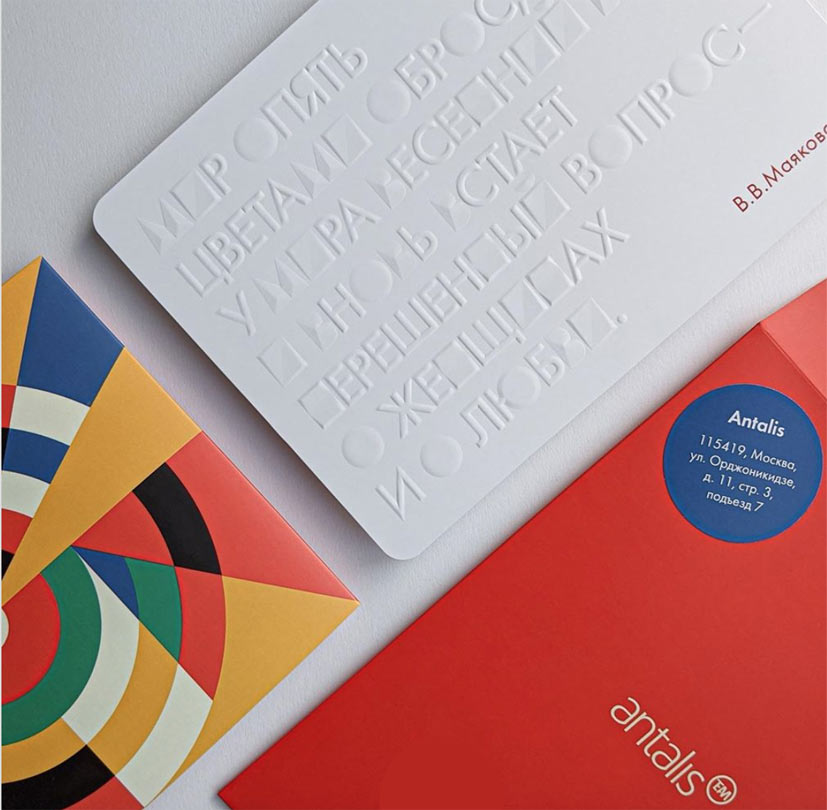 Looking for inspiration? Take a look at our selection of creative paper for greeting cards here.