Inspiration
Case Study: How Antalis and Xanita board
is helping businesses to transform

Since launching Xanita board to the UK market earlier this year, Antalis has received an overwhelmingly positive response from Visual Communications customers looking for a sustainable alternative for use in POS, exhibition, display and signage production.

Since launching Xanita board to the UK market earlier this year, Antalis has received an overwhelmingly positive response from Visual Communications customers looking for a sustainable alternative for use in POS, exhibition, display and signage production. 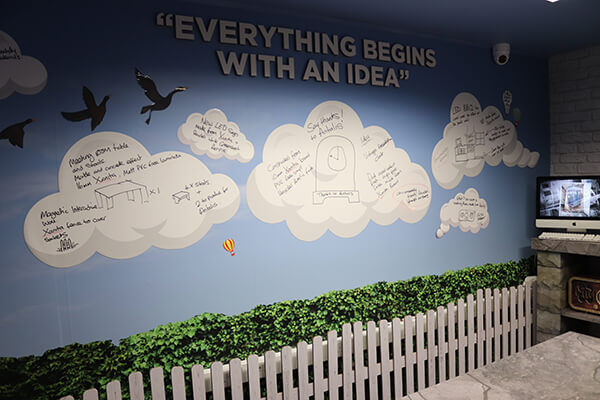 With use of plastics very much under scrutiny, Xanita is helping to meet demand from a growing number of businesses looking to reduce their environmental impact. Antalis customer Steve Hardy, director at Prosign Print and Display, based in the East Midlands, recognised the number of customers questioning the environmental credentials of products started to rise about 18 months ago, “We’ve experienced a noticeable increase in pressure from our customers to do away with PVC-based materials in favour of more environmentally-friendly alternatives, which seems to have accelerated over the last three months. We’re now receiving requests for alternatives to plastics on a daily basis”.

For Steve, Xanita board has been central to Prosign’s ability to meet this demand. Xanita board is a 100% repulpable engineered, closed-cell fibre-board, manufactured with a corrugated kraft core made of recycled cardboard boxes. As well as being environmentally friendly, Xanita board is also lightweight and very strong, making it the ideal solution for a wide range of decorative and structural applications, including POS, shop-fit and exhibition design.

However, Steve believes that Xanita has done much more than provide his business with a sustainable alternative for rigid boards; he says it has helped to transform Prosign from large format printer to creative solutions provider, expanding their product portfolio and significantly increasing turnover with their customers in the process.

“Xanita has opened up some interesting conversations with our customers. Whereas they might previously have gone down the straightforward poster route, they are as excited about the potential offered to them by Xanita as we are.  We are now working with them to get their creative juices flowing and coming up with some really innovative ideas. Where they are finding Xanita particularly interesting is in the production of floor-standing displays. Instead of using cardboard for short-term promos, or wooden or metal stands for long term displays, Xanita slips nicely in between. It is lightweight like cardboard but, being more robust and durable, offers much greater longevity.” 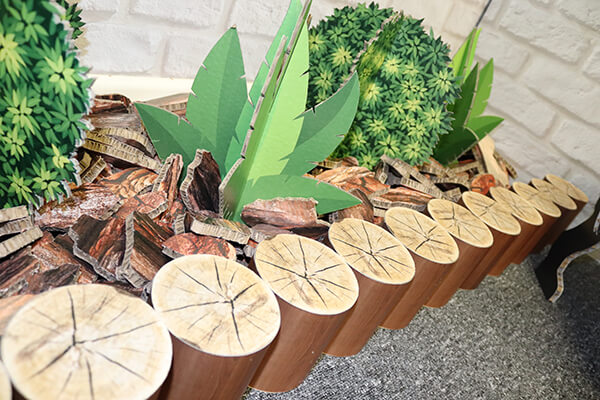 Although it is possible to print straight onto Xanita board, Steve has experimented with wrapping it in a variety of sustainable substrates to add to the product’s versatility, “The team at Antalis have been very helpful in suggesting products that we can work with alongside Xanita board. For example, we have mounted the textured wallpapers from the Coala WallDesign range onto Xanita board to achieve some really nice effects that our customers have loved.”

Steve’s passion for Xanita board is shared by the whole team at Prosign, who have all been inspired to come up with creative ideas for its use. Their keenness to test out Xanita board’s capabilities has led to the creation of an inspirational break-out room at Prosign’s premises with an outdoor patio theme. Everything in the room is made out of Xanita board, from the pergola and bench to the barbecue and even a radio that plays birdsong. It shows the scope of 3-dimensional engineering that Xanita board lends itself to and is a good illustration of the product’s huge potential within the retail display market where sustainability is a key concern.

Steve’s advice to other large format printers and signmakers considering using Xanita board is “Just get creative! For those businesses with creative desire and a willingness to invest in the necessary tools and software – if they don’t already have them – it’s a rigid substrate with all the right credentials to meet the need for more sustainable products while at the same time helping businesses like ours to tap into new markets.” 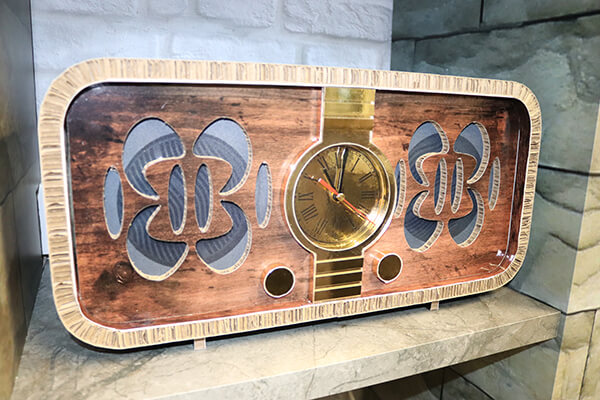